Why Is Angular The Best Solution For Your 2018 Web App?

When estimating MVP development, most outsourcing software development companies offer Angular as a priority option for web apps or other framework-based solutions. Apart from Angular web apps, the list usually includes Meteor, Vue.js, Amber, React or Backbone (these last two are libraries) – depending on the team’s technical expertise.

The choice of the right framework for your next start-up project is an enormous topic (as with any development instrument). What you choose depends on a wide list of benefits and limitations. In this post, we discuss one option: what start-ups should know about Angular development and how they can benefit from an Angular web application.

Its popularity is due to a large number of options developers can use on a project – lots of documentation and fabulous support by Google and the Angular community.

Important note. There is a huge difference between AngularJS web service and Angular (a.k.a. Angular 2+): the latter is a in-dpeth rework of AngularJS rendering these two frameworks incompatible. Angular 2+ seems to be the preferred version for Angular development. Some of the advantages are listed below. 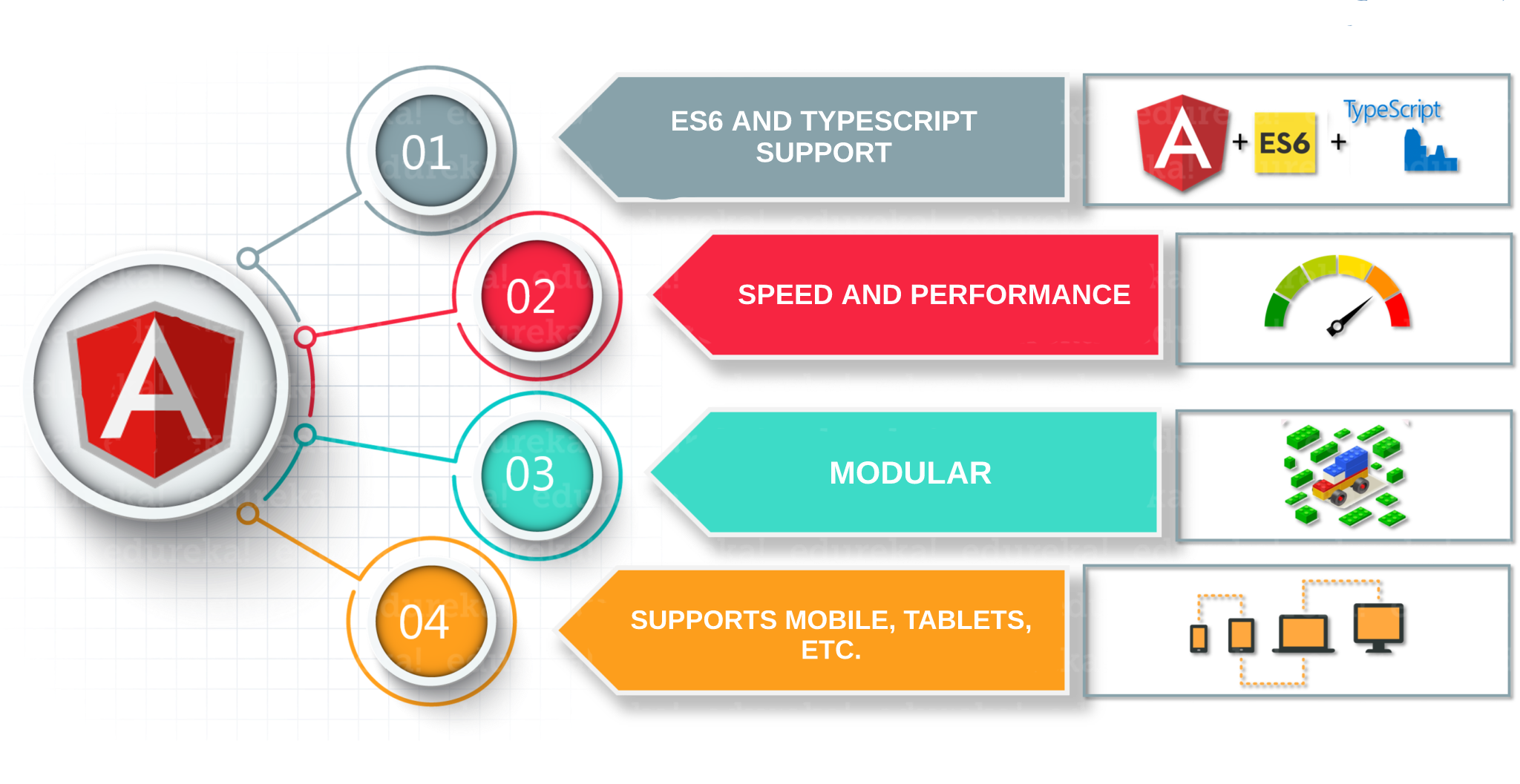 Use of frameworks enables using the ready codebase and customise it to the needs of a particular project, thus drastically shortening delivery time – absolutely crucial for every start-up.

What is the biggest benefit of Angular application development? Speed of implementation: Angular enables being able to quickly change the code base. When start-ups create an app, they often do not know what users might like about it. They launch it ‘on a wing and a prayer’: they love it but will their target audience? When first adopters do react, start-ups must react with alacrity in accordance with market interest – the quicker the better for their success.

An MVP is usually a small app. Therefore, as long as start-ups must maintain a limited codebase while focusing on constantly rewriting it, framework-based development is the most suitable option.

Another benefit of Angular development: during the initial stages, progressive web apps built on the basics work well on mobile devices thus helping start-ups save on mobile development. Later, when the idea proves successful and the best possible UX becomes a must, native mobile app development might be required.

Angular has some extra features under its hood enabling every member of an Angular development team to actively participate on the project using his/her skills and previous experience besides helping the team accumulate knowledge about the project.

In conclusion. Angular open-source framework is a powerful tool for an experienced Angular development company enabling it to create, test and change web apps in minimal time and to quickly make changes later by adding or removing features ensuring a start-up gets a solution, market tests it, and changes it based on the received feedback.

Get a free Quote

Questions? Want to discuss your project? Or just say ‘hello’?
Contact us!